Many years ago, we lived on a street not far from my parents and I loved our cute house, our home for eleven years. The memories of my boys being raised there will always be fond ones. 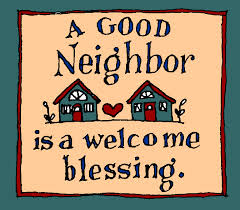 We had a sweet, older woman across the street that was the best neighbor and friend ever. I remember telling her before I had my second child my fear of not having enough love for another child. My first child was the best thing ever for me. I finally knew with him what love was and felt like by having him. He was mine and I am his, I am his mother, the bond of love was there. My sweet neighbor just said, ‘you will have enough love for this child, too.’ Sure enough, she was right. Now the two of them were mine and I am theirs, their mother and each one loved so much.

Years later, we decided to move. Even though there was excitement, there was also a loss of leaving my neighbor. I knew she hated losing us as I/we hated losing her, the closeness we had as being neighbors. Our move was not far at all, just up the street so basically we were still neighbors but not one of close proximity as before. I told her we would still be close although I realized she knew then what I feel now, we won’t. The relationship and closeness will never be the same.

Now, my friend that is my walking buddy and I have

been friends for years, and lives close. Actually, she lives in our old house, which tends to bring joy when I visit, as I can go down memory lane of when we lived there. 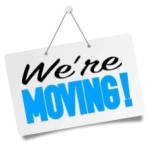 Just this past week, she informed me that they are moving. While excited for them as we walked and talked about their upcoming plans, days later I found myself sad over this matter. I was now dealing with grief. I am losing yet another person in my life. Of course, they are not moving far away but enough that our walking routine and friendship will never be the same. Knowing just as with my sweet, older neighbor and our move back then, it will not be the same. So I am saddened by this move of my friend.

Even though, as with other losses in my life, life does go on. There is hope in that saying but yet there is still a sense of sadness, we grieve for what once was and miss them.

In all honesty, I found myself upset and asking, ‘Lord, why

are you taking another person from my life?’ I had a little pity party but I know it is Him that I go to, lean on and love. He will NEVER leave me.

I have realized certain people come into our lives at the time we need them and no doubt they need us, having faith that the Lord allowed our paths to cross. He is good like that.

In my years with those that did cross my path and a relationship was built, it may be years later when we see each other again. Still there is a friendly-relationship bond that is still present and we pick up where we left off but not on an everyday occasion, it could be years until we meet again. Those relationships, I do enjoy because I feel the Lord allowed them at the right time, right place.  Blessings!

Now my dear friend, walking buddy is moving soon. As we get closer to springtime, my daily walks will not be the same without her. Although, we will both walk forward, both of us knowing the Lord is doing a work in each of our lives and there is excitement in the air. As the seasons change, so do relationships and that is not necessarily a bad thing.

“Not everything is supposed to become something beautiful and long-lasting. Sometimes people come into your life to show you what is right and what is wrong, to show you who you can be, to teach you to love yourself, to make you feel better for a little while, or to just be someone to walk with at night and spill your life to. Not everyone is going to stay forever, and we still have to keep on going and thank them for what they’ve given us.” —Emery Allen

3 Ways to Tell if They Are In Your Life For a Reason, a Season, or a Lifetime

I have had my share of grief in life and no doubt, you also.  It, of course, can come from a physical death of a loved one or friend but grief is shared among other losses and the pain is there.
Growing up and probably until my own mother passed away, I dealt with deaths and the visitations, funerals and family gatherings afterward never wanting to lose touch with cousins and extended family members, but you do.
It was when my mother passed that it all became real, the grieving of what was and what will never be.  While we were not the mother-daughter connection as pictures show and memories are made of, still she was my mother.  Sitting at traffic lights looking up at the beautiful sky and seeing the clouds, the tears would flow were my usual bouts of grief.
Just a few years later, while trying to maintain my own home but also my father’s home and all of his financial and medical affairs, my marriage was dying.  I could feel it, I knew things were not right. I blamed myself as I was being pulled in many directions and apparently neglecting him.  While that was all true of caring and doing for many, I am not to accept all the blame and I will not.  Still, grieving the marriage of what was and what will never be.

Through the years, I have lost friendships for whatever reason by job change, moving, etc. no doubt, you have also.  Realizing their friendship was just for a season, whether it be their season or mine, it still hurts to lose the closeness. Depending how close we were, the grief can become intense, not just uncomfortable for a bit.
With that I found myself to be distant with some because of the hurt, the grief of losing them. They are still alive but not there. Just recently, I went through this with someone very special to me. Every level of grief was there still and I knew it. Even today, I now teeter between the depression stage and acceptance.  This can last for a bit.  When sadness hits, I cry and then I get back up accept what is. Thankfully the anger has lost its power but it was there and normal.
Whether it is a person, a pet or whatever to cause your heart to ache, it is normal.  It just shows you are normal and have a heart and love within that you shared.
Looking at the chart of the many levels of grief, I recognize each one and understand when it hits.  One of those, ‘been there, done that’ quotes.  No matter what your situation, grief is hard and exhausting.

Understanding the levels of grief in whatever you are facing, it will help you through it.  Normal.  Cry if you need to and then carry on the best you can. Some days you will need to concentrate on putting one foot in front of the other.  Normal.  Will life be the same?  No.  A new normal will form and you will adjust.  One day, your experience will be encouragement to another; you made it and they will also.

In all of these years, I had never heard the term, God Winks. Why is that? I have had many, to think of, just the Favor of God. Basically the same. I have and no doubt you have had situations come about that only God could orchestrate and faith would be increased with joy in your heart to experience.

This past week, I was telling my present counselor about my week and this one situation. While I was thrilled, he was quite ecstatic because he promptly said that was no coincidence, that was a God Wink. I totally agreed.

The more I gave thought to it, I was just thankful to God all this time, but then realized how he was so right, it was no coincidence. Thankfully, I just tend to have stuff like this happen in my life and think how cool is that but also thankful and happy. It is so God. He is showing me that He knows exactly where I am. How cool is that?!?

Last Sunday morning was running a little different and out of routine, as my son was in for the weekend but leaving to go back to his place. I was getting ready for church but was getting off kilter, as he is never rushed. I managed and we still enjoyed our time talking. Knowing my church service was the late one, I still had time. Soon though, time got away from me but finally got him on the road and me, too.

Living only ten miles from the church, I had time to get there on time. I travel a windy two-lane highway and usually no problem at all, nice and slow they say. Well, that is exactly what happened. Moving just fine and then nice and slow. Traffic was backed up for several miles. I’m thinking a wreck perhaps but later learned a detour from the main interstate. Slowly inching my way toward church, I come close to a church where my former counselor attends.

It has been now seven months since our last session due to her leave. I have so missed her and have struggled with abandonment and fighting depression but improving. Trying hard to understand but there is still a grief. After four years together in weekly sessions, she was a big part of my life.

So as I approach the parking lot to her church, I could see her car at a distance. Just seeing her car as I pass weekly, as I go to my church and seeing she is at her church, it makes me feel good, knowing she is there and okay.

As I inch my way up the road, the thought came that I will miss seeing her once again although the parking lot was pretty empty.  I was kind of bummed but then I see her car move and come toward the exit. My car was coming up on the church exit, which allowed her to pull out in front of me. It was just as if we planned it.  No, that was the Favor of God or a God Wink, as my new counselor said.

As her car is now in front of mine, my heart was beating so fast of the excitement of this happening and also seeing her.  Sometimes I am just amazed how such a rare situation can happen with me. It does but it has been a long time. I so needed that whole scenario to happen and no doubt the Lord knew I needed just that. He is so good.

Looking ahead of my car, she was able to pull out on the road with many cars in line behind me and no traffic coming in the other direction. It was like the cars all around us stood still. We could not have timed this any better, only God could. I think she was happy to see me, too.

God Winks. Look for them.

“Every so-called coincidence or answered prayer is God’s way of letting you know He’s thinking of you.”

“An event or personal experience, often identified as coincidence, so astonishing that it is seen as a sign of divine intervention, especially when perceived as the answer to a prayer.”