The other day, working and running from one appointment to another after leaving work early, in hopes that everyone needs to run on schedule as I had to.  Three appointments, an hour each, everything worked perfectly.  It was a good day, the stars all lined up, as they say.

Well, until the last one. It was the third appointment, at 4:15 that I pushed to get there on time and I sat.  I waited.  I enjoyed a few mints.  I usually never dig in the candy 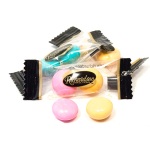 dish although I have one on my desk that is open for guests to enjoy. I waited more, thinking the appointment my counselor was in would soon end and she would be rounding the corner to greet me.  I waited, still.  I wrote, texted, read, ate another mint and I could feel myself melt in the chair

from tiredness of the early morning alarm and the busy day.  I was now too tired to really talk, the clock was ticking away and I finally set my time that I would leave.  I wrote a brief note and I left. I never do that either. Done.  Goodbye.

Realizing, I had somewhat of a guilty feeling to leave but I was forgotten. A fear of abandonment and rejection that normally would knock me down and cause panic within me.  A conversation my former counselor and I have had many times before.

The fear and panic that would overwhelm me, but I did not feel that this day. It was one of those shake your head moments. Now, in real time, I am actually forgotten by my present

counselor. Oh my gosh! The ‘OMG’ panic, fear and anger was missing. Whether I was too tired or was I just frustrated, I tried to figure out.  Was it me? Did I forget or have the wrong day? Knowing this was an off day to meet due to a previous engagement, but we both agreed the week before and also confirmed in an e-mail days before. My mind tossed this and that as I drove away. Have I changed that much? Has there been a healing in this weak area of my life of fear of being left, rejected, forgotten? I even had to think of my relationship with her compared to my former counselor, is it me that I do not care enough for this counselor. I do care. There is a difference between them, of course, but that was not it either. This feeling of being forgotten before would not matter whom it was or situation.

So. What just happened? Who am I?

To definitely get the one question answered and clear, she is a great counselor also. I know, too, what happened in this circumstance, as I came on a day before my normal appointment and she just forgot to write it down. So yes, I was forgotten but instead of digging a hole of self-pity and sadness to bury myself, I accepted the fact and in the end, was right plus receiving an apology from her.

With me sitting there so patiently, I did realize I am very patient, more than most would be.  I have had a lot of practice in this area, I believe. I try to give a benefit of a doubt to people and situations but sometimes that leads to anger afterward within me. Accept, shrug your shoulders and move on. I am to

the point that my time and that it is more valuable than being concerned with things I have no control over.

I realized I apparently did pick up some tricks of the trade from my former counselor of many years, which was rewiring my brain. Just like the thoughts of ‘what if’ and I would continue down the dreaded rabbit hole of negative thinking. I did it! I came out on the other side. While I approached home and at the last traffic light, I had a brief moment where I felt the tears building, my heart rate increasing and that panic.  I recognized it and acknowledged. Fear. I was exhausted. Again, to recognize and realize, I knew she would not purposely forget me.

We are not to believe every thought we have. Turn those negative thoughts or lies around.

I was just amazed and still how that time sitting and waiting did not knock me out of the game of life and counseling. If anything, it made me stronger within myself and probably the connection between us as counselor and client.

Moving forward as I will not let this stop me.

Above all, and most importantly, I know the One that will never forget me.  He loves me. He sees me where I am.  He knows where I am going.

Same with you!  Trust Him. 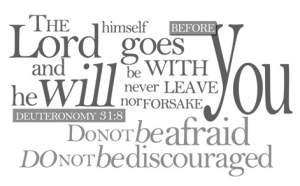