While driving to work the other day, my mind was busy just thinking of this or that, what to do once there, thoughts of what recently happened, etc., as normal.

Apparently, there was a song that came on to trigger a memory but what it was, I do not know now. What I do remember is how I had to deal with this period

of driving and stopping at traffic lights as I made my way toward the office.

My oldest son, years ago, was working in Tennessee and was five hours away. This was way too far I loved the location, it was beautiful and he had a nice apartment. This time in his life, he definitely matured and had to deal with matters on his own because his parents were not near and he did it, I was so proud of him. Thankfully, he was back the next school year in Kentucky. This mama was happy.  Letting go is not always easy, as most moms can attest. 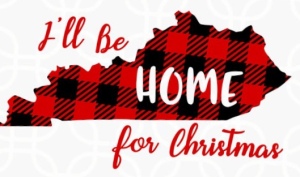 It was in the winter that year especially, that his distance from home I found more depressing for me. Those Christmas songs that start way too early did not help matters. The song, “I’ll Be Home For Christmas” was the worst, or perhaps it was and is the best. I could not get through it without crying and even remembering that still while sitting at a stop light, I felt those tears well up ready to flow down my face.

This past Christmas, my oldest son and his wife were in Florida visiting her family. I adjusted very well, as I knew that was only right to share them. It was when my youngest son decided not to come home for Christmas. Although, the day before, he told me he would be on time for dinner and seemed excited and, of course, I was so happy that he would be home for Christmas. My son is coming home. 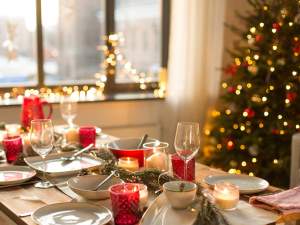 On Christmas Day others were late arriving, which is typical in this family but it got be very late and my son still was not present or had we heard from him. Of course, concern was trickling within my mind while I was hosting Christmas for my husband’s family. I want my son. I want him here, he is my son, he is my family. Where is he? The questions turned into worry as the time passed.

Finally, we heard from him. Oh to be young and carefree, with a sleep schedule that is all over the place. He overslept so now he has no interest to come home. Seriously?!?  My heart dropped and I was so hurt. I wanted to just sit down and bawl my eyes out. There was no way that I could keep a straight face of how that affected me and I really did not care. While I did not cry, I

did express to his father that I was not happy of his decision and they all heard me. How could they not know that? I think they heard my heart drop. I was just done. In my mind screaming, just everybody go home, as I want to fall apart and now anger was becoming a part of my emotional turmoil.

Normally, if and when hurt or in this predicament, I would just escape within myself and become quiet, not mentioning my hurt or show emotions. I wore a mask very well through the years and I could have won an Oscar. Thankfully, I am not the same person so I was not going to crawl into a shell. I did express my displeasure calmly. While I did not cry, I had to walk through the house, taking our grand dog that we were watching outside because he needed fresh air. Right? It helped the dog (and me) because when mama is not happy, nobody is happy, which was now a joke somewhat, when I returned, but true. The day continued and was fine although I had

neither of my sons at home, there was a void on Christmas.

Everyone is gone, what food was not taken by others is now all put away and dishes are done. It’s amazing how quick clean up can be done if upset. I was ahead of the game and I was ready to settle in for a long winter’s nap.

Forget the nap, my son appeared finally. The atmosphere in our living room was a little cold with our visit, at first. I knew he was uncomfortable, as I was and upset. We were all uncomfortable. He is an adult and even when younger and at home, rarely had we had such moments.  Maybe we should have had them.

Finally, the atmosphere was easing. I love my son and I know he loves me. I understand being young and doing such careless things, I really do.  Maybe, I wondered, if this was a payback to me of wrongs I did to my parent. The karma phrase many use, what goes around comes around, although that can be in bad or good but many see it as bad and want the worst, which is a whole other writing.

Anyway, after his father went off to bed, my son and I talked. I expressed my hurt calmly and that I felt it was disrespectful of him to do this, especially on Christmas. This was not just for me but his grandparents and whole family, it is a time for all of us to be together. I wanted and needed my son at home. Knowing, too, this might be the last Christmas with the grandparents due to health issues. Also, one day he will regret the decision he made when I am gone, too, wishing he had more time with his mother.

Now that was all over, the new year is upon us and our relationship carries on and while helping him this past weekend at his new house, we had fun. Perhaps, that period and discussion brought us somewhat closer than before. He got to see his mom cry and hear the hurt of my heart, probably something that a son does not want. I was being real.

As I mentioned before, and when they were young and at home, I wore a mask even with them, pretending that our home was a happy one between their father and myself. The mask is off more than on nowadays. I am better and happier, as it is quite nice taking care of me for once instead of hiding the sadness.

Now, with all that, while at the stop light, fighting back the tears as I could hear the song in my mind, “I’ll Be Home For Christmas,” a battle began.

It was a period of feeling like a no-good-for-nothing mother, I was wrong to express my feelings to him, he was going to pull away and never come home and that I was worthless and… WOW!!!

a slap of shame was hitting me on one cheek and then the other and back again to make me crawl back into my hole of despair, feeling like a loser. NO, I WILL NOT!!!

All those years in counseling paid off at that point, as I could turn those negative lies around because I knew this was shame being hurled at me. I am a good mother, I have been a good mother and I always will be a good mother to my boys.

I believe that my boys and my husband and others have noticed that I am not the same person, but better. I can be direct and calm if I need to, in respect instead of hiding and them wondering if they need to walk on eggshells. I am not worthless, I am worthy to be their mother. The slap of shame had to stop.

Shame can and will erode any and all positive attributes in each of us. It makes us feel less than and the enemy will make sure we take that as a hook line and sinker so that we will not be all that we can be and have joy.

It felt great to know that I could acknowledge the shame and how I felt slapped from one traffic light to another. Once I grasped what was happening, turning these negative thoughts around. I was told and taught in counseling many times as we discussed such scenarios, the rewiring our brain, etc.  All of which sounded far-fetched, honestly for a long time, but I got it and I did it.

Shame, you are not going to slap me around anymore, not if I can help it.

Shame is an unpleasant self-conscious emotion typically associated with a negative evaluation of the self, withdrawal motivations, and feelings of distress, exposure, mistrust, powerlessness, and worthlessness.